If you’ve read the “Who Am I” section of my blog, you’d know by now that I lived in Italy for 3 years of my life. From 4th to 6th grade, I attended a private school where my mother taught English. I remember everything fondly. The other day I was scavenging through some old junk, and in a box I found three gems. Three of my very old “Italy diaries,” which I totally forgot existed. In one of the diaries, every page is perfume scented. Not a lot has changed.

I thought to myself, this is totally going to help my blog posts and here it is. I’ve always wanted to write a post about Italy but I’ve come up with a much better idea: I am going to basically translate everything in my very detailed, very embarrassing diary for you to laugh at and be able to learn about Italy along the way. Rome, mostly–La Città Eterna!

So I’m 8 years old; it’s July 17 (sunny–apparently, I was fond of writing about the weather too), and my mother and I got off our Alitalia flight and headed straight for the baggage claim. The boss of her new job would be picking us up and showing us our new apartment and the ropes. My mom landed this new job after going to some international job fair down in Miami. She was also offered to work at a school in Haiti. We had about a month until school started and to get completely adjusted to our new lives.

For the first time, I had my own room and we were introduced to our huge, brand new apartment in the Monte Verde district of Rome. We had a huge terrace, living room, two bathrooms, and my room even had a cool loft!

There was a tram line nearby and an Indian restaurant down the street (which is pretty much all I cared about) and Rome was already a light year away from living in Santa Fe, New Mexico.

For the first couple of weeks, my mom and I were escorted by one of her new co-workers who drove us around the city, showed us where to buy necessities like groceries and basically where the Italian version of Walmart is. There’s also a store called Upim, which had a little bit of everything. We got a lot of our house shopping done there. What’s really cool is that flea markets were a huge thing. You can buy almost anything at the flea markets in Rome and they’re not like the old “find-a-vintage-piece and bargain hunt” like in New York. Flea markets in Rome consists of outdoor food market sellers where you can find the freshest fruits, vegetables, and more at an incredible low price. Obviously, there were also regular supermarkets or ‘supermercati.’

Here’s the part you’ve been waiting for: The first day of school arrived on September 7th, 2002. I was nervous. I was skinny, awkward, tall and undoubtedly an outsider. I arrived in my home-room (already introduced to my teacher before-hand because of my mom teaching there and all), put my backpack and supplies away and took a seat. Everyone stared, but quickly got distracted as they saw other kids they knew enter the classroom. I sat in my seat, hunched over, biting my nails.

The desks were grouped in 3’s and paired together for 6 students each. Two girls who who were sitting by me asked me my name and where I’m from. I told them, New Mexico, and they were confused and thought it was just Mexico…they didn’t seem that interested after a while and I started to get nervous again. I needed to make friends, soon!

I quickly found out that a lot of the kids who went to the school were from upscale families. There were daughters of politicians, award-winning journalists, sons and daughters of movie stars, producers etc. I was just there because of my mom, and I was a little intimated. But I remembered my mother telling me, “be yourself and you’ll be fine,” and ‘myself’ I was….

Warning, anything you read from here on out cannot be used against me in any way, especially in a court of law.

I am weird. But during my puberty years, I maxed out my limit. I swear I’m a normal amount of weird now.

The only way I knew how to impress my new fellow classmates was to display my talents. And during class I was thinking of a proper way to execute them.

In Santa Fe, I was always scaring my friends and kids at my school by flipping my eyelids. Yes, you read that right. It was apparently the coolest thing and it made me really popular over there. Now you can see the maturity level and what kids cared about in elementary school. I kind of wish things were still that simple.

Anyway, we were on our way as a class to tour the library downstairs. Kids starting talking to me during line-up. They asked me more about where I’m from and why I moved to Rome. When I told them that my mom worked there, they thought it was cool.

Then randomly, I got a cue. This girl (let’s call her Julia) asked me if I could do anything cool.

“What do you mean? Like with my body?” I asked her. She was surrounded by a group of girls.

Our classroom was on the third floor and right near the railing. There was no way I was attempting a cartwheel.

We started walking out the classroom, towards the stairs, to the library, and there I came out and said it.

“I can flip my eyelids.”

They all looked at me confused. They had the “wait, what?” puzzled look on their faces.

To avoid explaining, I flipped my eyelids right then and there, and they responded with a shocked but “oh-my God-cool” reaction.

All the girls and guys turned towards me and asked if there was anything else can I do. And at now 9 years old I was able to twist my shoulder around. Also, you know the excess skin on your elbow? I pulled that because I had a lot of it and I wanted to amaze them with how much.

Explaining it now, I would figure any one would to think I was a freak. But the fact was everyone in my class of about sixteen thought it was so cool, I find it to be really grateful.

Julia grabbed my arm as I walked down the stairs and demanded I be her new best friend.

So there’s the first chapter of my Italy story and “how to impress kids (and make friends) on your first day of school.” Be your weird, awkward, self.

One thought on “The Italy Diaries: Chapter One–“How to impress kids on the first day of school”” 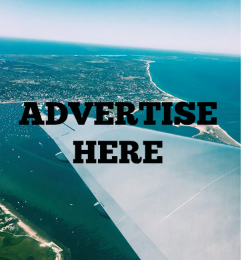