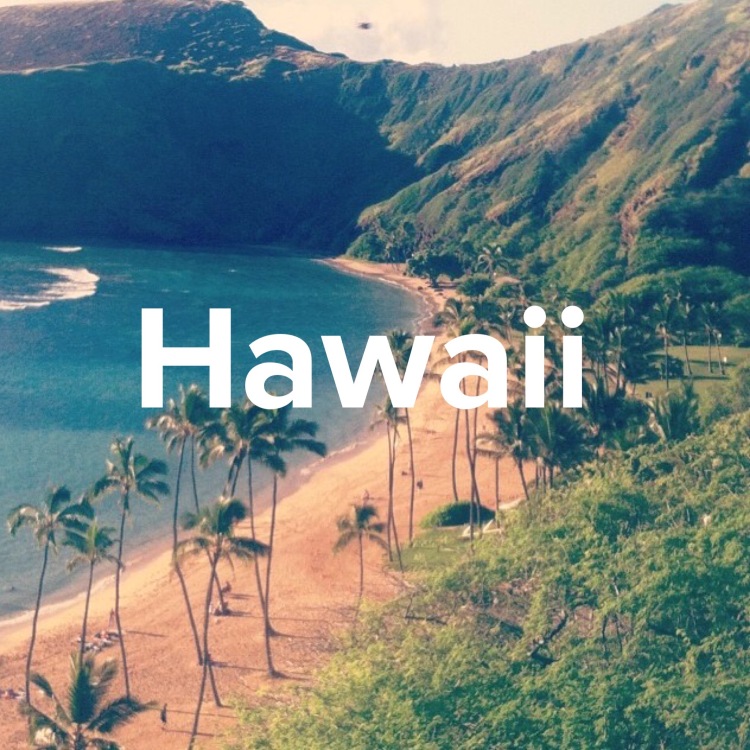 I’m in New York right now and if you haven’t heard there’s been a blizzard named Hercules. But, then again, when isn’t there a blizzard in the east coast during the winter season. My toes are cold, I can’t feel my face, and my ears are frozen. Why did I ever come back from Hawaii?

It’s been about a week since I’ve been home, and I’ve been reminiscing about my trip. I went down to Hawaii with my dad for a vacation. At first, I couldn’t imagine how I would have fun with my father then I thought I might as well go to explore and escape the cold weather. I escaped three storms to be exact. I was counting.  Hawaii had much more in store for me than I expected.

I always have anxiety flying in airplanes, which is funny because I love to travel. Flying 1,000s of feet above ground isn’t my cup of tea, though. Exploring and meeting new people is. The moment I landed In Hawaii, my stomach got butterflies. Just before landing, I could see Diamond Head from my airplane window and I couldn’t wait to see it.

After a 10-hour plane ride, the moment my dad and I arrived at the hotel we went straight for the Jacuzzi. I needed to relax and clear my head. The following days I did much of the same when I went to Waikiki Beach, two blocks from my hotel. It wasn’t too crowded and there were people playing volleyball on the beach, tanning, long boarding, and attempting to surf, but the waves weren’t that big. It was the typical ‘Laguna Beach’ scene that I wasn’t used to seeing as a New Yorker, but better. Add in, some really hot Hawaiian surfers, Piña Coladas, and clear blue waters. I could’ve lain there forever.

My dad is really quite in public, especially on the beach he just wants to do his own thing. Lucky for me, I was free to scope out what was in store. First, I wanted to make friends. I saw a group of people my age in the water throwing a Frisbee around so I attempted to swim towards them hoping the Frisbee would come my way, and I could easily join in on a game. The Frisbee didn’t come my way, and I became really shy once I noticed that they didn’t speak English. I should’ve remembered that Hawaii is a huge tourist destination so not everyone will speak the same language.

I continued to swim and enjoy the water by myself until a small ball came my way. I saw two guys around my age looking around for it so I grabbed it, swam towards them, and threw it their way. ‘This is your chance,’ I thought to myself. They caught the ball, smiled, and said ‘thank you.’

‘Can I play?’ I asked. I felt like a second grader at recess, but I guess it worked. The two guys were as young-at-heart as I was and we basically decided to play ‘monkey in the middle,’ until we got tired and just started talking in the water.

They were from Switzerland and in the Swiss army. I learned in Switzerland you have to join the army after you graduate high school. I didn’t know that. Their serving time is less though. It’s about six years but you just have serve in it a few weeks throughout the year. Luckily, they did speak English, with a really cute foreign accent, which was a plus.

We mostly sat around the beach after that, talking, trying to make plans, and wondering what’s popular and different in our separate countries. I was about nine when I visited Austria. I remember it vaguely. I was fond of Vienna, and I remember my mother took me to see a ballet, and a lot of things that had to with Mozart. It was enough to keep up a conversation and keep the boys interested. They discussed how they met a couple from Montana earlier in their trip and thought their mannerisms were hilarious. Apparently the couple was drunk and the woman was fishing for compliments.

“She kept asking if we thought she was pretty,” one of the guys said.

“In America we call that being ‘thirsty,’ I replied and they laughed.

That was their first experience meeting people from the South. Southerners are way different from people who live North. Now just imagine how different Europeans are compared to them. Apparently the couple referred to themselves as “rednecks” and the boys asked me to explain what that really was.

It was intriguing to learn about what they saw differently. I noticed that I assimilated well, considering my experience with traveling. I knew a lot, and I was reminded how lucky I was to have had such a diverse experience growing up.

The guys introduced me to their cousin who was in Hawaii studying English. She was really nice and talked about how she was planning on coming to NY in the coming months. I spent another day with them on the beach.

I tried my hand at paddle boarding, which was single-handedly the scariest experience of my life. To be honest, I went through it because I had a gorgeous instructor before whom I didn’t want to be embarrassed. I was anyways because I couldn’t stand up on the board for a while. But I eventually got the hang of it. If you want cry laughing you see my dad try and do it. I was scared for him at first but he’s a big boy, I knew he would do fine. The instructors and I just crowded around because he stayed in the doggy position the whole time. Eventually, the same instructor who helped me swam out to get him.

The next day, I sat beside my dad on the beach mostly tanning my life away. There was one thing I wanted to do and that was play volleyball on the beach in Hawaii. I never played Volleyball on the beach in general, I wasn’t that good at it in a gym but I figured if I were to dive toward the ground it would hurt way less. There were a group of guys playing for fun and barbecuing with a lot of other people. One of them noticed I had cold feet in asking if I could join so he threw the ball at me and forced me to go over.

There were about five of them playing and a kid about 10-years-old. They couldn’t be mad at me, I thought, if I’m bad at the game because the kid is holding them back, too. I turned out to be pretty good. The guys were in the Army. I knew Hawaii had a lot of military bases so it didn’t come as a surprise. They were all really nice and from all different places. One was even from New York. They were all in infantry and I noticed how close in age they were to me. 19, 20, 23…fighting for our country. I was reminded that Christmas was the next day and when I asked them what they were doing they said they would be working. I felt terrible. Not everyone can go home for Christmas and they’re the ones who really deserve to.

Two days later, I decided to take an island tour. Hawaii is Beautiful. It’s not just beaches and tanning, but has a lot of culture and history to offer. Diamond Head was extremely breathtaking. It’s Hawaii’s famous landmark.  I’m a huge Elvis Presley fan so when I saw his house and where they filmed “Blue Hawaii,” I was ecstatic. The tour took me up to the North Shore, where the waves were humongous. I met a woman who was from Brazil but lived in Japan. We had lunch at Kualoa Ranch where I couldn’t take my eyes off the ocean view. I saw horses, too. I love horses and I think they are the most beautiful animals. We made a stop by Pearl Harbor, which was quite emotional and saw Iolani’s Palace and Aloha Tower.

For the first time, I stepped foot in a Buddhist Temple. I decided to explore another religion for a bit and rang the Bon-sho sacred bell, which was supposed to give me good luck in my future. It was called Byodo-In-Temple and it was huge. There were many people meditating around Amida Buddha so I took my shoes off and joined them. One thing you should do in your life is, explore another religion. Outside of the temple were gorgeous peacocks. That was the first time I’d seen one, up close, and I had a stare-off with it for about two minutes. Driving past Hanauma Bay is a sight to see as well.

The following day I went hiking with one of my friend’s cousins and her boyfriend. She had given me her contact information to meet up with her. She and her boyfriend were both marine archaeologists. Let me tell you, if you ever go on a hike, go with an archaeologist. They’ll point out extraordinary things you wouldn’t have noticed otherwise. They lived near Kailua Beach where we decided to put a metal detector to work and see if we could dig up some treasures. So far they found about $.75. I took a dip in the wave-infested waters and admired the mountainous terrain around me. I could also see ‘Chinaman’s Hat’ nearby which is a lone island in the shape of a well, a Chinaman’s hat. It was paradise.

If you’re ever in Hawaii, definitely go to Tilia Cafe in Waikiki. I had breakfast with my father there almost every morning. Try fresh fruit on a waffle with a scoop of ice cream, or in a Papaya bowl, you’ll feel like heaven has ascended upon you. I did a little shopping and also met Miss Hawaii Teen USA towards the end of the trip at one of the stores. She is gorgeous. And, like the Hawaiian women, purely exquisite. Yes, you and I do have a lot of competition.

I will never forget Hawaii and the people I met there from all over the world. This is why I also recommend traveling somewhere out of your comfort zone. It’ll make you more open-minded within days and Hawaii will make you hate yourself forever for leaving. You’ll also come back with a killer tan. People there are also so laidback and carefree. That’s how I want to be. Unfortunately, as a New Yorker, I’m always on the move.

And now I am missing the rainbows. With the tropical weather, it would rain for a few minutes in Hawaii here and there and then stop, leaving behind the brightest of rainbows. I didn’t bother looking for a pot of gold because I realized it was all around me.

So, as I sit here writing in the cold on a snowy day in New York, I want to say Mahalo. It means, thanks or praise, for everything you’ve given me, Hawaii.  And to you, reader: for actually sticking it out and reading this all the way through.

2 thoughts on “I shouldn’t have left Hawaii”